Kort McCurtain is a senior at Lone Grove High School, where he competes on the Longhorns cross country and baseball teams. McCurtain started running as a junior but joined the cross country team as an immediate top-three runner. In his final season, McCurtain finished second on the team at the Class 3A state meet and placed 45th overall with a time of 19:53.83.

In the spring, McCurtain is one of Lone Grove’s ace pitchers. McCurtain enters his senior season as a three-year starter, and has played his favorite sport since he was five years old. Last season, the 6-foot-3 right hander threw 11 innings with two wins and zero losses while striking out 27 batters, allowing one hit and zero runs. Before the cancellation of his junior season, McCurtain led the team in strikeouts and ERA in the seven games last spring. When McCurtain’s not on the mound, he plays at short stop or third base.

“He’s a competitor on the mound,” coach Tyler Pybas said. “He gives us a great chance to win every time he takes the mound. He’s a great teammate. Even when he’s on the field, he’s cheering his teammates on.”

Upon graduation, McCurtain will continue his baseball career at Redlands Community College. While at Redlands, McCurtain plans to work toward a career in coaching.

“I want to do something along the lines of baseball,” McCurtain said. “I want to remain around the game that I love.”

Outside of athletics, McCurtain is a part of FCA, FCCLA, NHS, and Key Club.

McCurtain credits his coaches for the success he’s had both on and off the field.

“The coaches here at Lone Grove have made me want to become a coach,” McCurtain said. “The coaches I have here are really supportive and want what’s best for all of us.” 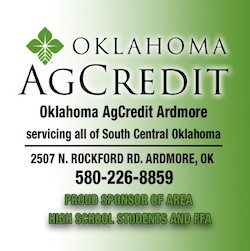